The Pont de Normandie is a spectacular river crossing connecting Le Havre with Honfleur, over the river Seine.

The bridge is divided into four lanes for road traffic (part of the A29 autoroute) and two pedestrian lanes. The two concrete pylons that support it weigh more than 20,000 tons and are 215 m tall. More than 19,000 tons of steel and 184 cables were used in its construction.

Although the Millau bridge over the river Tarn (also in France) has recently supeceded it in overall length (2460m) the latter is supported by seven separate pylons, whereas the Pont de Normandie gains much of its elegance from the minimalist design employing two pylons in the shape of inverted “Y”s. 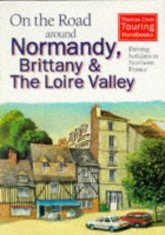